Sir William Leishman's mounted drawings of spirochaeta recurrentis relapsing fever organism from citrated mouse blood prepared for publication in The Lancet. Photocopy of Sir William Leishman's diary of leave trip to Kashmir, Watercolour sketches by Brevet Colonel Sir William Leishman of Plasmodium Kochi, and the manuscript draft of his paper on monkey malaria which they illustrate, read to the Pathological Society "probably at their meeting in January ".

Manuscript and typescript of a draft summary of simple rules respecting personal hygiene and preservation of health of the families of soldiers in India, by Colonel E. Parkes and Professor M. Instructions from the Ordnance to Henry Remmington, re his duties as surgeon's mate to the train of artillery in Germany. Photographs of General Hospitals, ambulance trains and wagons, stretchers and dispensaries, during the Boer War. Moffitt, and the propriety of his accepting and wearing them.

Letter from Thomas Phips? Publications from and re British campaigns in Salonica Thessaloniki, Greece.

Reprinted from The Journal of Investigative Dermatology. Richardson, C. Memorable rolls, by Alistair G. Proposal to form a corps of volunteer female nurses for service in the Army Hospitals in the field, with suggestions as to the incorporation of the nursing profession, by Surgeon-Major G. Evatt of the Army Medical Staff.

The medico-military arrangements of the Japanese army in the field, by Surgeon-General W. Reprinted from the Journal of the 1st the Queens Dragoon Guards. Copies of reports by medical officers of 1 Airborne Division on Operation Market Arnhem landings and their subsequent experiences, 17 Sept May Typescript 'The War diary of:- Corporal C.

Chamberlain and the 9th Field Ambulance, '.

Oh no, there's been an error

Corporal C. Chamberlain's album of photographs of Summerdown Camp, Eastbourne c. Surgeon Major General Alfred Tippetts's memoirs of his experiences in the army medical services in the Crimean War, April-Nov , including transcripts of some of his letters. Photocopy of typed transcript of "A short history of deseases common to His Majesties own Royale Regiment of Horse Guards, commonly called the Blews, when abroad", , also known as "Dr.

Buchannan's Journal". Typescript of "I married a soldier" by Dorothy V. Medhurst Cook, wife of Major C. Modern bullet wounds and modern treatment, with special regard to long bones and joints, field appliances and first aid , by Major F. Typescript of "The English military ambulance the first field ambulance? Album of photographic copies of cartoons by Rifleman Hayes, batman to the Church of England padre to the No. Colonel Richard Jennings's album of photographs of No.

Album of publicity photographs by Thornycroft of Southampton showing the Empire Orwell formerly the German Scharnhorst , Britain's first post-war troopship. Anderson, RAMC, the unit's first commanding officer. Volume of pressed plants entitled "Fifty specimens of the parts of fructification of plants, exhibiting their essential generic characters, prepared in the autumn of by John Kinnis, M. Second Thoughts, the unit magazine of No.

Sanitary strategies, War: reports and graphs re climate, geography, medical services and diseases in areas in which Allied troops were preparing to fight. Photocopies of medical reports, certificates, etc.

Rawlins of the 48th Regiment, to England for treatment of diarrhoea and haemorrhoids incurred in India. Tribute by James A. Ross, Hon. Typescript catalogue of the diaries, scrap-books and papers of St. Extracts and statistics from "Wartime Sketches No. Extracts from a letter to Sir Robert Peel, Bart. Ian A. Porter, reprint of a paper read before the Scottish Society of the History of Medicine.

Typescript notes on the history of "The Rainbow Network" broadcasting service in military hospitals, started in Summary of the claims of the Medical Officers of the Army and Navy to military rewards and distinctions. Albert Norman, Honorary Scientific Photographer. Collection of reports, copy reports and publications re military medicine, from the RAMC Training Centre "presumably made by then Brig.

XLI No. Volume of duplicated typescript pages of Lieutenant F. Photographs of a Trans-Arctic expedition and the sledges used, with copy of certificate awarded to Major K. Hedges, the expedition's medical officer. Issue of the Evening Pioneer, "first British daily newspaper in Madagascar", 29th December , featuring a report of a pantomime at the hospital in Diego Suarez Antseranana. Bound copies of the reports of the consultant surgeon to Allied armies in Italy, Brigadier F.

Stammers, March April Memorabilia of the Allies' advance during the Battle of the Hundred Days and the march to occupy the Rhineland. Pages from The Chemist and Druggist, 10 Nov , and supplement to The Chemist and Druggist, 18 Nov , each containing an article re Savory and Moore, including illustrations of the company's medical field panniers. Captain W. An account in doggerel verse of the late Emperor Napoleon the First at St.

From his arrival there in to his death and burial in ; also the exhumation of his remains for conveyance to France in , by an old inhabitant, W. From an account in contemporary manuscript. With introduction and notes by H.

Radio Londra 1943-1945: Italian society at the microphones of the BBC

List of articles in the Journal of the RAMC , , which give details of army medical services MacArthur, by Dr. Charles Dickson, Registrar of R. Scrap-book of the commemoration of the 50th anniversary of the Battle of the Somme. Includes Major General A. Report on the work of the medical services with the 2nd Division in Burma, April-June , during operations for the capture of Kohima and the opening of the Dimapur-Kohima-Imphal Road.

Edited by Colonel F. Report on the medical aspect of the operations of the 2nd Division in Burma, Nov April , during the advance over the River Chindwin to Mandalay.

Letters from John Murray, assistant surgeon to the 39th Foot and surgeon to the 66th Foot during the Peninsular War, and later Inspector-General of Hospitals, to his parents and brother, William. Helena Who's Who, or, a directory of the island during the captivity of Napoleon , by Arnold Chaplin. Album of photographs of the Hospital Ship Loyalty , her fixtures, fittings and crew.

Hughes, RAMC. Popham of Bournemouth. Aladdin: a pantomime by members of the 85th Field Ambulance. First produced 21 December to audiences of the 28th Division on the Struma front, Macedonia. Leishman at the Pathology Laboratories at Netley. Ogier Ward, Royal Field Artillery. The story of the 18th General Hospital , by T. Pratt and G. Ltd, Payne, reprinted from Medical and biological illustration, October Beatson, with notes of Beatson's replies.

Final report of the Advisory Board for Army Medical Services on the treatment of venereal disease and scabies in the army. Photocopy of the notebook of Private John J. Woodhull, Major, U. Army Medical Department. Visitors book of No. Swain, FRCS.

Trumpet and bugle sounds for the army, with words; also bugle marches , compiled and arranged by C. Vella, Royal Army Medical College. Rawlings of prisoners of war suffering from tropical and and deficiency diseases in Changi camp, Singapore during the Japanese occupation of Singapore. Letter from Lieutenant Colonel Rollo Gillespie re the whereabouts of the papers and belongings of his two great-great-grandfathers in the medical services, Gillespie of Vellore and George James Guthrie, founder of the Westminster Eye Hospital.

Extracted from Architect's Review. Bluebeard: a pantomime by members of the 28th Division, produced in Macedonia, Christmas First aid to the injured and sick: an advanced ambulance handbook , by F. Warwick and A. Diary of Sergeant John Q. Evans of No. Posters and leaflets appealing to the people of Northern Ireland to reject the Irish Republican Army. Catalogue of preparations, etc. 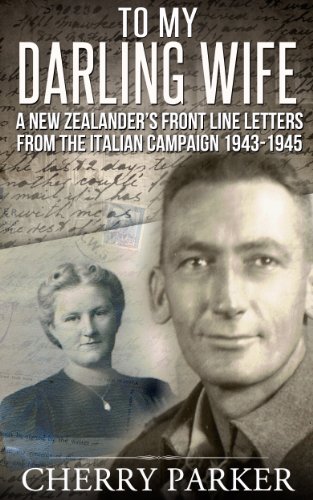