I take off my shirt and bra, unbutton my jeans, stand before him, and cup my breasts. Tour Schedule. 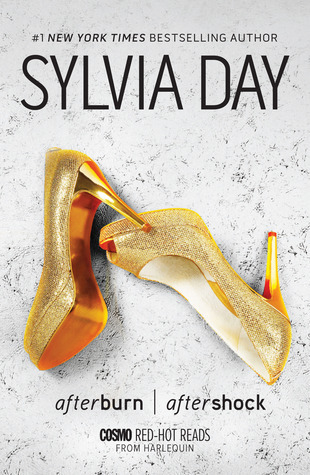 
Click on the FTC Regulations tab for our privacy policy. Return to top of page. It didn't do much for me personally, but I passed it on it to Brian Slagel from Metal Blade, who saw much more in them than I did and put it on his compilation, Metal Massacre. Sylvie says: This is so romantic. Gainsbourg wrote this for women: he had that feminine side to his writing. SS: I had moved back to London in and was finding it hard to deal with a lot of stuff.

I didn't want to live in LA again, although I'd go back every couple of months to do an interview, usually with a heavy rock or metal band. And as the decade went on, so much of that scene had become totally corrupted by too much coke and money and silicone. SS: I know. Things were tacky.

Not so much that I wanted to give up rock writing, but I also wanted to try something new. So I moved to a crumbling stately heap on top of a hill in the middle of nowhere in southwest France, about 60 miles from Bordeaux: wine instead of cocaine. When I was living there, Serge Gainsbourg died, and my French neighbour, an old guy who lived off the land, was in tears. But then everybody was in tears. You turned on the radio or the television, and it was nothing but Gainsbourg. With typical British music journalist disdain, I just figured it was a testament to how poor French pop was if there was this much fuss about a guy who had one hit record, 'Je T'Aime Moi Non Plus '.

Then a French friend brought over a load of Gainsbourg vinyl and I worked my way through it: by the time I got to L'Histoire De Melody Nelson I was thinking, 'How can this man have died before I got to know his music? SS: When I moved back to London — 20 years ago, just in time to write for the first issue of Mojo — I could hear the influences of Gainsbourg, and blatant rip-offs of his arrangements, all around me, whether in dance, Britpop or lounge music.


I eventually persuaded Mojo to let me write a long article on Gainsbourg, and as a result I became acquainted with Jane Birkin. After the article ran, she suggested that I write a book on Gainsbourg, who had always been disappointed, she said, at how the British had always ignored him, even though he had recorded in the UK.

I mentioned the idea to Helter Skelter, who thought it a fine idea, and so it was off to Paris to hang out in bars with some very fine people like Nick Kent and Gainsbourg's French biographer Gilles Verlant. My book's been out of print for some time now, but I recently got the rights back, so I hope to republish it this year. Sylvie says: "I shot a man in Reno, just to watch him die' — that is one of the great, great lines. I was in Reno recently, doing a gig, and you can't help but think of that song. SS: I'd interviewed Cash in the past about his prison albums for Mojo , but really the last thing he would have done would have been to say, "Let's fly Sylvie Simmons out from England to come interview me at my house during my last weeks on Earth", because Johnny was a man's man; I'm sure I wasn't even on his radar.

The credit for that goes to Rick Rubin, who is the biggest music nerd, with the best ears, anywhere. He called me and said he was thinking of doing a box set of out-takes from the American Recordings albums, to celebrate his tenth anniversary of working with Cash, and asked me what I thought. I said I liked the idea. He asked me if I would write a shortish book to go with the box set and a longer one that we could put out later.

Then Johnny died, and neither Rick nor I wanted to rush out a book and exploit that.

So there was just the small, hardback book that came out with the now-posthumous box set, Johnny Cash: Unearthed. SS: Johnny was really ill. He had a cocktail of ailments, from the autonomic neuropathy that made his hands shake too much to play guitar, to the bouts of pneumonia that sent him in and out of hospital.

His wife June had died, unexpectedly, and everybody was assuming that Johnny wouldn't last, because June had done so much to keep him alive.

But I got a call from Rick, six weeks after June's death, saying that Johnny was back home and had told him, "I've got to work: it's the only thing that's keeping me going. We're talking about a broken man, emotionally and physically. SS: Every day for five days I'd have breakfast with Johnny at his house in Hendersonville, Tennessee — the house that burned to the ground after Barry Gibb of the Bee Gees bought it, following Johnny's death. After breakfast we would talk for however long he was able to — sometimes for an hour or more, other times not so much.

He was always very generous with his time, but after a while he'd say, "I think my voice is going, honey," because he was keen to keep what voice he had for his daily recording sessions in his old bedroom in the afternoons. He could talk tough, especially around the boys in the recording session, but he was also sweet and funny: he was always trying to marry me off to one of his ex-sons-in-law, because he had lots of those.

An amazing experience. Sylvie says: "I love this song — and it's a rare song that starts up high and works its way down, as this one does. SS: That man is a genius, and I do not use the term lightly. Americans seem to view the Beach Boys as happy, sun-and-fun music, but there's a deep sadness in some of their songs. It's wrong to be too fixated on the whole saga of Brian the tortured genius who lost the Beach Boys name to his more shallow, less talented cousin, Mike Love, but, having said that, I do tend to be drawn to the darker, more melancholy side of the band's output — more 'Surfer Girl' than 'Surfin' USA'.

Hmm, I only just made the connection but my instrument of choice is the ukulele, whose reputation is very much bouncy sun-and-fun, but the songs I write on it are dark and melancholy. SS: I've interviewed him a number of times, but the most troubling was the one we did for Smile. With the help of his band — who are not just excellent musicians and Beach Boy fans, but devoted to Brian and his wellbeing — he was working on the various fragments and tapes from the abandoned Smile sessions that they had diligently unearthed and digitised. One thing I felt when talking to Brian back then was that, whenever he spoke about an incident from the past, he seemed to be reliving the experience in his mind; I thought I could see the pain in his eyes as he talked in detail about the making of the album that seemed to have pushed him over the edge.

What do you think?

But then the album was finally done and Brian premiered it at the South Bank in London — and it was just glorious. Mind-blowing, really. Van Dyke Parks, who'd collaborated with Brian on the lyrics, was in the audience, in tears. So were grown journalists and rockstars. And backstage, Brian was glowing. It may be an exaggeration, but really it seemed like completing this album was the saving of him somehow.

Sylvie says: "I was a huge fan of the Alice album, but not particularly this song. Although I'm a great admirer of the weird, deconstructed stuff that he does, I'm more drawn to the sentimental heartbreakers like 'Flower's Grave'. SS: Yes, and I had a wonderful time.

I love Tom for the same reason I love Leonard Cohen, which is that they are both one-offs, templates; they both seemed old, or at least dressed old when they were young; both kind of lived their careers backwards — Cohen got his biggest audiences in his seventies with his comeback tour; Waits got signed to a punk label in his fifties and had his biggest album success — and both of them carry notebooks around all the time and jot down notes.

They're also shy men, with a taste for mystery. Like Leonard Cohen can give you "Leonard Cohen" — the self-deprecating wit, the slow, considered speech, the perfectly-honed anecdote — Tom Waits is far more comfortable giving a journalist "Tom Waits" the character, whose conversation is really a series of strange tales, learned or ad-libbed. Before the interview began, we chatted for quite a bit. I think Tom's UK publicist Rob Partridge sadly now deceased had told him about the time I spent with Johnny Cash, and also that I'd just published a book of short stories on William Burroughs' old imprint, because he was asking me all these questions about Johnny and the book.

So it was very interesting for me to see how his manner changed — not just his manner of speaking but the way he sat, and his mannerisms — when he became the "Tom Waits" interview character. I may be flattering myself here, but I do think he opened up a lot more than usual during our interview, though.

I know Rob Partridge, who knew Tom very well, said something to that effect afterwards. Sylvie says: "What's not to love about this song, even for a cat person like myself?